Chance turned 5 on January 25. Which means, in dog years, that he has surpassed us in age. We think Chance is cuter and more awesome than any food could ever be, so we wanted to do a  rather long post in honor of our sweet pup. 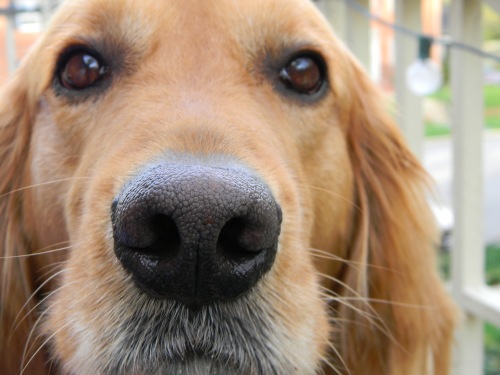 We are actually Chance’s fourth set of parents. He had a tragic birth – both of his back legs had to be broken in order to deliver him and free the other 9 puppies he was blocking from exiting their mother’s womb. In the interest of saving the majority of the litter, Chance was set aside after birth. When the other puppies were safely delivered, the vet came back to check on sweet Chance, and he was still alive.  The other puppies were all eventually adopted, but with his injuries, Chance didn’t get a lot of attention from puppy-seeking families. So, his first set of parents were his loving vet and her husband, who took him in and nursed him back to tip-top health. Oh, and they named him Chance because he was getting a second chance at a happy life.

My parents happen to be friends with the vet and her husband, and just after the shootings at Virginia Tech, when everyone in Blacksburg needed some good ol’ fashion puppy therapy, my parents adopted Chance. He was about 3 months old at the time. They were Chance’s second home, and he was well loved there. They trained him and taught him excellent manners. He didn’t beg, he didn’t dare sit on the furniture, and he could do his business on command. He got a lot of snuggles and a lot of yummy treats, long walks, and trips around Virginia to see my sister Ginny play high school sports. He was well loved by her teammates and became the unofficial mascot for her field hockey team.

Chance with my mom, his Mom #2

In 2008, when Gardner and I were getting married and my parents were in the middle of a move to Richmond (and life was just generally a little nuts), Chance went to live temporarily with his third set of parents: my aunt and uncle (Nancy and Bob) in Raleigh. He lived with them, their dachshund Taree, and their three energetic kids for 6 months. They spoiled him with long runs, lots of love, and probably lots of unintentional table scraps from the kiddos. They also taught him to HEEL, which is amazing. Chance and Taree got along great – they often napped together… Nancy says, “She loved his bed and he always let her have it if she wanted it.”

Then, in early 2009, when Gardner and I had been married for about 6 months, we started to think about adopting a puppy. We both grew up with Golden Retrievers and started thinking about making the leap into puppy-parenthood. When we mentioned this to my parents, who were renting a townhouse without a yard at the time, we talked about adopting my then-brother, Chance, instead. We were thrilled at this idea – especially since I already loved Chance and we knew he was house broken and well trained! Eventually, we worked out a date and time to officially become Chance’s fourth and final set of parents: May 8, 2009.

And so we became a family…

It was definitely love at first sniff. We’ve taught Chance a lot of valuable lessons – like how to sit on the furniture and get away with it, how to con your parents into letting you snuggle in their bed from time to time, how to snuggle like a pro, how to get the vet to recommend fancy things like fish oil on your food, and maybe most importantly, how to swim: 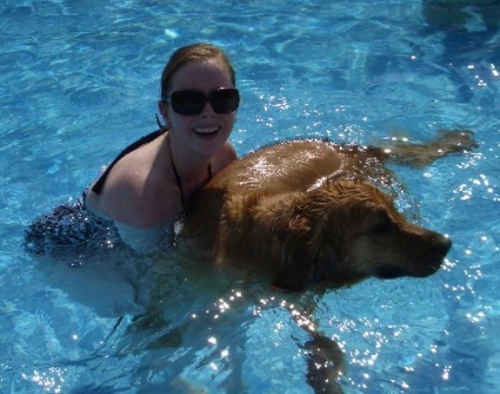 I swear he needed assistance. Poor pup doesn’t have the strongest back legs in the world, and he was a little hesitant at first. But, we created a monster: 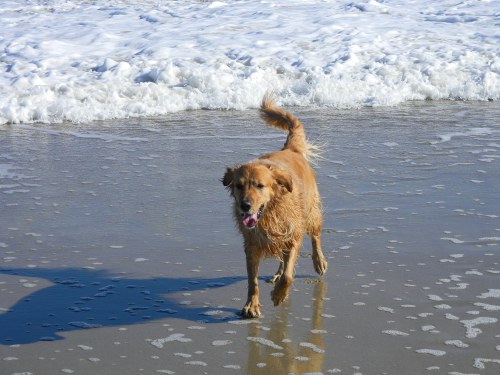 Chance loves the ocean... and all other bodies of water.

Chance after a good swim at Sweet Springs

Chance has been the best dog and friend we could have ever asked for. He greets us happily after a long day of work, he keeps us playful and active, he makes sure we get our exercise and he also encourages long, snuggly naps. 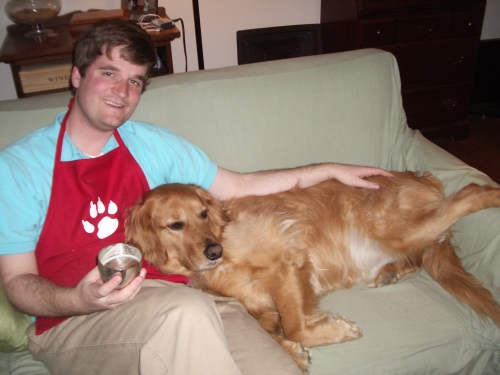 Dad even lets him on the couch from time to time….

Whoops! Mom does too…

He’s only 5, but we feel like he’s taught us a lifetime of important lessons. It’s crazy how dogs can do that, isn’t it?